Good afternoon. My name is Will Campbell, and I’m the editor of Hearing Review Products magazine, sister publication to The Hearing Review whose Professional Leadership Award is presented annually to an individual whose outstanding contributions to the field have advanced the status of hearing care professionals, while providing excellent service to those suffering from hearing loss.

When I presented this award last year in Savannah to Jim Ogurek, I had the opportunity to meet him for the first time a couple of days previous during a round of golf and at least got the chance to get to know him a little bit.

I’m somewhat ashamed to say I haven’t yet personally met this year’s recipient, which I’ll blame on me still being relatively new to this industry. So, in an attempt to learn a bit more about him, I did what many of us would do nowadays (and maybe some of us dread having done): I got on my computer and Googled him.

It’s amazing what you can find out about a person on the Internet. After a couple of pages of links about his various political contributions, there was an article of his on earmolds that’s listed as a reference to a patent issued back in the 1980s for a combination earmold and receiver adapter. I found information about a book he co-wrote on building a hearing aid dispensing practice. Then there were more political contributions, a page about his 45th college reunion—even his endorsement of the effectiveness of Miracell. After that, there was mention of his name in an Atlantic Monthly article titled “The Surgeon’s Assistant,” but since it was from an issue in 1866, I figure that wasn’t him or he’s ready to add time traveler to his biography—which, coincidentally, is what I found next.

I learned that after graduating from William & Mary College in Virginia, he attended Temple University for graduate work in audiology. He is a second-generation hearing aid specialist from Philadelphia who has written more than 70 articles on hearing aids and hearing care for the hearing care journals. He was an associate editor of The Hearing Aid Journal and is on the advisory board of The Hearing Review, and has lectured for many years in Europe, Canada, and Africa and across the United States, with his most recent appearance being here yesterday with his presentation on “Counseling Adjustments for Advanced Technology.” He is in active practice now and committed to ever improving the use of hearing aids through advanced technology and protocols.

Since I can’t personally wax eloquent about him, I found a couple of people who did:

Educator and former NIHIS board member Dr Jay McSpaden called him “One of those people who are not only great at what they do, but are quite literally influential by example.”

Former IHS President Ray Rich said he “has earned his stature as a top leader and educator in our profession. His knowledge of the field is both commendable and admirable.”

And my colleague Karl Strom said he “is one of those rare individuals who holds inside him an educated mind, a caring heart, and a professional spirit—all mixed with a great sense of humor as well as an uncommon humility for a person of his depth.”

So on behalf of The Hearing Review and its editor Karl Strom, it’s my pleasure to present the 2009 Professional Leadership Award—as well a privilege to meet its recipient: Joel Mynders. 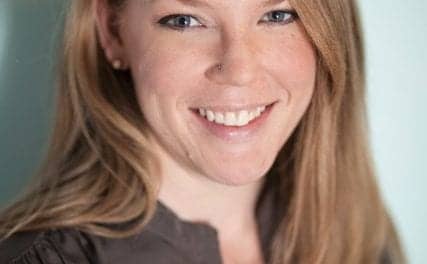