Academy of Federal Audiologists and SLPs Appoints President
The Executive Committee of the Academy of Federal Audiologists and Speech-Language Pathologists (AFASLP) announced the selection of Douglas Noffsinger, PhD, as the Academy’s first president. The Academy seeks to bolster inter-agency cooperation within the Federal Government and to promote the membership’s interests to private and commercial concerns in the hearing and communications industry, as well as to professional associations. It creates or reviews consensus statements on major issues of interest to its membership, and promotes those interests, while providing active support to a mission that includes clinical service, education and research. It composed of the Association of VA Audiologists (AVAA), the Military Audiology Association (MAA) and the Association of VA Speech-Language Pathologists (AVASLP).

The Academy presidency rotates among the three organizations. Noffsinger is past-president of the Association of VA Audiologists (AVAA) and chief of audiology and speech pathology at the VA Greater Los Angeles Healthcare System.

AFASLP membership includes military and civilian audiologists and SLPs employed by branches, departments, and agencies of the US Government, both in the United States and overseas. As the umbrella organization for the three government employee associations, it is one of the largest organizations of its type in the world.

The executive group also announced the appointment of David L. Miller, PhD, as president-elect and Thomas L. Hutchison, MA, MHA as Secretary-Treasurer of the Academy. Miller is president of AVAA and chief of audiology and speech pathology at VA San Diego Healthcare System. Hutchison is head of the audiology division, Naval Health Care New England, in Portsmouth, NH.

In addition to its officers, the Executive Committee of AFASLP includes Beverly Hildebrand, PhD, chief of audiology/SLP at VA Central Arkansas Healthcare System and president of the AVASLP, Dr. Miller of AVAA, and Lt Col Angela Williamson, AuD, flight commander, audiology/hearing conservation at Robins Air Force Base, Ga, and president of the MAA. Other members are Lucille Beck, PhD, director of the VA National Program in Audiology and Speech Pathology and chief consultant to the secretary of Veterans Affairs for the Rehabilitation Strategic Health Group, and the Audiology Service Consultants to the Surgeon Generals of the Army, COL David Chandler; the Navy, CDR Nancy Hight; and the Air Force, Lt Col Martha Ann Stokes.

Richard Gans Elected AAA President-Elect
McLean, Va — The American Academy of Audiology (AAA) announced the results of this year’s election for president-elect and board members-at-large. Richard Gans will assume the office of AAA president-elect effective July 1, 2003. Gans is director of The American Institute of Balance in Seminole, Fla. He has been serving on the Academy board of directors since 2001 and is currently the secretary-treasurer of the board. Gans heads a multi-office group of offices in Florida specializing in vestibular/balance diagnostics and treatment. He is an adjunct faculty member of numerous AuD programs, and has authored two series of articles on the subject of vestibular assessment, rehabilitation, and audiovestibular dysfunctions for The Hearing Review, as well as the books Vestibular Rehabilitation: Protocols and The ENG Handbook. Following his term as president-elect, he will assume the office of AAA president on July 1, 2004 for a one-year term.

Three nominees were also elected to the Academy board of directors for a three-year term from July 1, 2003 to July 1, 2006. Ted Glattke is a professor in the Department of Speech and Hearing Sciences at the University of Arizona in Tucson. Glattke is a noted authority in physiological measurement of hearing and hearing disorders.

Lisa Hunter is a recent addition to the University of Utah in Salt Lake City, Utah where she is associate professor in the Department of Communication Sciences and Disorders. Hunter was previously at the University of Minnesota for 14 years in various audiology staff positions.

Study Provides New Insights into CI Use in Children
St Louis — A landmark study on the topic of prelingually deaf children who are implanted by five years of age has been completed by the Central Institute for the Deaf (CID) and contributing researchers across the nation. The study, according to an epilogue written by Jean Sachar Moog, PhD, and Ann Geers, PhD, which appears in a supplement to the February 2003 edition of Ear & Hearing, seeks to “determine the child, family, implant and educational characteristics that account for differences in achievement for 181 implanted children in five outcome skill areas: speech perception, speech production, spoken language, total language and reading.”

All of the children in the study were less than five years old at age of implant, prelingually deaf, had no other handicaps, and were 8-9 years old when tested. The study found that the children, as a group, had strong skills in “communication and literacy, regardless of whether the children were in programs using sign with speech or enrolled in programs using only spoken language.” Over half were reading at the same level as their hearing peers at the grades of two and three. Not surprisingly, the study found that those children with good speech perception benefit resulting from their CIs were the same ones who attained good intelligible speech, language, and reading skills. And this range of performance was closely tied to the characteristics of the children and their families.

In general, the study found that higher IQs of the children (as measured by the Wechsler Intelligence Scale for Children) and smaller family size were significant in producing better outcomes in all areas except reading (ie, speech perception and production, spoken language, and total language). The SPEAK processor, more electrodes, larger dynamic range, loudness growth, and oral classroom settings were important for these same parameters. Total language was also associated with the above, but this attribute was strongly influenced by later onset of deafness and higher SES. One surprising finding of the study was that female subjects were better performers along all scales except speech perception.

In general, the study is extremely encouraging, say the researchers. The results show that children who receive cochlear implants before age 5 can achieve exceptional levels of speech, language, and reading skills compared to those levels attained by implanted children in the past. The data also suggest that parents of these children may do well to select educational environments that encourage listening and speaking skills (eg, oral and mainstream classrooms) and receive audiological management that includes the most current processors and technology.

Medicare Fee Schedule Altered by Congress
Washington, DC—The falling Medicare payments have stopped— for now—as Congress passed the FY 2003 Omnibus Appropriations Bill and replaced the 4.4% decrease in the 2003 Medicare Fee Schedule conversion factor with an increase of 1.6% over the 2002 rate. The Fee Schedule is used to adjust the base formula for all Medicare services. The new provision became effective March 1.

Hearing-related organizations teamed up with associated health care providers, most notably the American Medical Association, to lobby Congress—with some health care entities warning that they would no longer be able to afford to care for Medicare patients. In 2002, the fee schedule took a 5.4% cut. The legislative change allows the Centers for Medicare and Medicaid Services (CMS) to go back and make the changes, resulting in a 1.6% increase in the conversion factor.

According to the American Speech-Language-Hearing Association (ASHA), the change in the conversion factor will not affect the implementation of the new speech-language pathology and audiology CPT codes that went into effect this year, but will affect the reimbursement rates for these services. The new conversion factor took effect on March 1, although there may be some delay in the payment adjustments as CMS contractors update their payment systems.

The Medicare law requires annual updates to the conversion factor, which is based on a mathematical equation taking into account several economic factors. The original decreases in payment rates stemmed from underestimates of gross domestic product (GDP) and the number of Medicare fee-for-service beneficiaries made by CMS for 1998-1999.

Audiologist Donates Time and Experience in Brazil
Dallas — In March, Deborah Price, AuD, spent nine days in Brazil’s rainforest where she tested and treated 216 people living in seven remote villages along a 210-mile stretch of the Upper Rio Negro River. Among them, 10 people were fitted with hearing aids including a 4-year-old girl who was born unable to hear and has never spoken.

Working through the Rio Negro Foundation, Price makes periodic visits to train practitioners and treat patients in South America. On this trip, she also donated $10,000 of medical equipment, including an audiometer and impedance bridge, and coordinated the donation of 14 hearing aids from Widex and Phonak, as well as $20,000 in additional supplies including hearing aid batteries and ear cleaning equipment.

Bennett Announces Retirement from HIA General Counsel
Minneapolis — Russell Bennett, the Hearing Industries Association’s (HIA) general counsel since 1955, announced his retirement during the annual HIA meeting in Tucson, Ariz. A partner of the Minneapolis law firm Gray, Plant, Mooty, Mooty and Bennett, he joined the firm in 1954 following his discharge from the US Navy. At about the same time, hearing instrument manufacturers in Minneapolis agreed to organize a trade association, spearheaded by Leland Rosemond of Otarion and Leland Watson of Maico. They chose the name Hearing Aid Industry Conference (HAIC), which was essentially an offshoot of the public relations organization called the American Hearing Aid Association. Bennett says that Watson chose him partly because of the firm’s location, partly because he was cheap, and partly because he wanted someone who was young and would be around for awhile.

Bennett has since witnessed much of the best and worst of times in the industry. In the Spring of 1962, he served as HIA counsel at the famed Kefauver Committee hearings; the Health, Education and Welfare Dept., Federal Trade Commission (FTC) and Food and Drug Administration (FDA) actions of the 1970s, as well as the anti-hearing aid testimony of Senator Church. In the 1980s, Senator Claude Pepper and the House Subcommittee on Health and Long Term Care carried out an investigation of the hearing industry with no result. The mid-90s brought with it Commissioner David Kessler and his investigative actions of hearing-related advertising, as well as the Agency’s intention to revise Federal regulations on the sale and distribution of hearing aids (which has since been tabled). Through it all, Bennett has been a keen negotiator and expert in guiding the industry.

Bennett’s association with the hearing industry nearly cost him his life in 1960 in an incident that profoundly affected his outlook. Upon arriving at the Minneapolis airport for a trip to Miami, Bennett and Watson were told that, due to a mistake in reservations, there was only one seat left on the aircraft. Since Watson was his client, Bennett offered to give up his seat and take a plane leaving in the evening. When Bennett arrived at the Miami airport, he learned that the Northwest flight on which Watson was flying had crashed. There were no survivors. “The tragedy has taught me never to be upset whenever there is a delay or cancellation of a flight,” says Bennett.

Bennett has tremendous respect and influence in both Washington and in the Twin Cities area. He has been involved in the Boys Club and the United Way, and in 1988 he and his wife, Beth, received the National Society of Fund-Raising Executives Award for Outstanding Volunteer Leadership. More recently, Bennett served as chairman of the University of Minnesota’s fundraising campaign—an effort that yielded $1.6 billion. Bennett is an accomplished mariner (he crossed the Atlantic in a 36-foot catamaran), and he and Beth now plan to spend more time on the water. Bidding adieu to his friends in the industry, Bennett said: “Yesterday is history, tomorrow a mystery; you should live as if today is the last day of your life, because someday you’ll be right!”

Editor’s Note: Much of the above was taken from Marjorie D. Skafte’s excellent article on Bennett, “A Long-Term Relationship—The Russell Bennett Story,” which appeared in the first-ever edition of The Hearing Review, January 1994 (page 20). 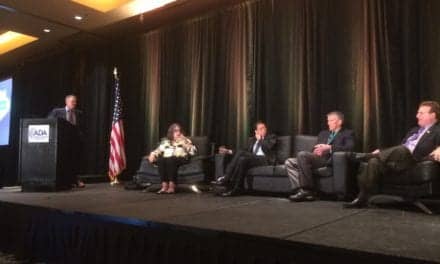 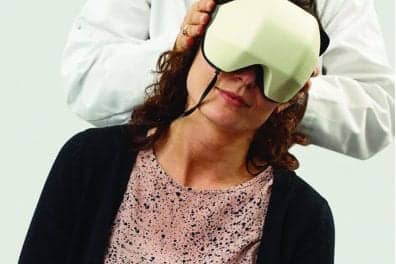