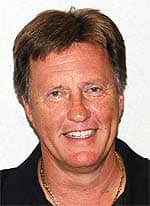 MedRx, Largo, Fla, was established in 1994 by Ron Buck, and the company quickly grew to become a major manufacturer of hearing testing and fitting equipment. Today, MedRx employs 22 full-time employees and distributes its products in 44 countries. HR recently interviewed Buck and VP of Sales Terry Ross about the company’s origins, objectives, and impact its systems have had on video otoscopy (VO), hearing testing, diagnostics, and hearing aid fitting.

HR: Can you tell us about how MedRx got its start?

Buck: I had dispensed hearing aids for about 10 years in Florida, and made the decision to develop my own otoscope just because I thought they were too expensive. We had a retired friend from Honeywell who said he could help build a few. Originally, I just wanted them for my offices, so he started working on them. Unfortunately, by the time he was done, I had the three most expensive otoscopes known to man.

So, I started selling them, figuring we might sell 100 or so. But we ended up doing $5 million in MedRx Video Otoscope sales in a 3-person company during 1994. Importantly, we also managed to work with some large dispensing networks, and this was a tremendous opportunity to get many offices on board with our product and gain an excellent foothold.

As with today, the MedRx Video Otoscope was economically priced, and this was at a time when hearing care professionals were first starting to realize they needed something to attract people with hearing impairment and motivate them to take action. In my opinion, the “It May Be Just Wax” ad campaign was possibly one of the largest and most effective to ever run in hearing health care.

HR: At the start, did you think you’d have an entire diagnostic and fitting suite like you do now?

Buck: No, I didn’t. But we did very well with the video otoscope, and we developed a funding process that allowed us to grow rapidly. If you look at MedRx as a US company that’s almost 17 years old now, we’ve done remarkably well. We compete favorably with some of the largest special equipment manufacturers in the world. I’m very pleased with what we’ve done, and I’m excited about how we’re moving forward and staying on top of the technology.

HR: Was there any one key to your early product success?

Buck: [Smiling] Well, one of the worst things that we did when we developed the MedRx Video Otoscope is that we built a product with virtually no obsolescence in it. In the first 2 years, we sold over 2,000 video otoscopes and almost all of them are still in use today—15 years later. It’s true that we’ve replaced some cables and lightbulbs, and done some repairs, but for the most part it’s a bullet-proof design. And, in fact, our patent specifically covers the conical shape of the probe that gives it tremendous durability.

We estimate that there are currently about 6,000 of our otoscopes in use worldwide. They just don’t fail. So we had to start looking at other applications and places to go with MedRx products, because we didn’t have a replacement market.

HR: So, you started with the otoscope and then continued adding functions?

Buck: In the mid-1990s, when I started looking at what was really driving the market in terms of hearing testing devices, I realized that real-ear measurement (REM) was going to be crucial. Mind you, the REM market is still nowhere near what it should be, but back then REM was just starting to gain real acceptance among clinicians. So, we approached several companies about integrating a video otoscope with an REM system, and truthfully we just couldn’t come up with an agreement that seemed viable for all parties. In 1999, we developed our own VO/REM audiometry system and called it the OtoWizard.

But it’s true that everything was built off the original video otoscope idea. Also, at about this time, a veterinarian visited a Beltone office and pointed out that, if we made some changes to our VO system, we’d have a great product for them. At that time, most veterinarians were forced to buy used human medical equipment for their businesses. So, we ventured into the veterinarian market [with the MedRx VetDock] and, for a number of years, it made up close to 50% of our revenues. 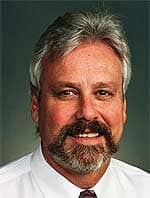 Ross: There have been about four generations of our hearing equipment following the original MedRx VO system, including the OtoWizard, which was an all-in-one package that offered REM, audiometry, VO, live speech mapping, and a hearing loss simulator. In the next generation, we delivered that all-in-one concept in a large low-profile platform called Avant.

But, in discussions with dispensing professionals, we found that they wanted to separate the diagnostic portion of their practices from the fitting portion. So we modularized our system, leading to our current Avant product line, which includes a dual-channel audiometer and a clinical audiometer, an REM system, a portable tympanometer, and a hearing instrument test (HIT) box, among other products.

One of the things that enabled us to develop these extremely small systems was the miniaturization of the conductors, resistors, and other components. Everything got smaller, so we could reduce the physical footprint of our product from almost the size of a piece of furniture to a handheld device powered by the USB port of a computer. In some cases, like our REMsp device that resembles a small flashdrive, the largest physical component of the product is the transducer [where you plug it into the computer].

Buck: Also, as hearing aid manufacturers moved to digital hearing aids, we recognized that computers had to be used in almost all fittings. That’s one reason we’ve always had Noah-compatible systems.

HR: HR has published several articles on the value of VO and REM. Where are we relative to acceptance of these tools?

Buck: When we first introduced the video otoscope in 1994, the real hard-driving consumer marketing was being done by traditional dispensers. Most people viewed the video otoscope as a marketing tool and not necessarily as a clinical device or something necessary for proper diagnosis. This is because practitioners had been using handheld otoscopes forever. 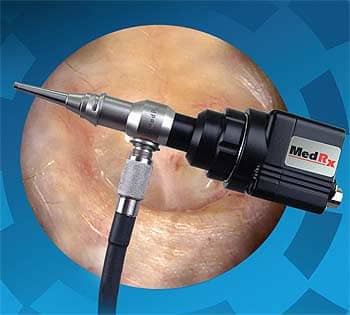 However, as the Baby Boomer generation moved forward and wanted to be more informed and play a greater role in the fitting process, we started to see the audiology community realizing that “I might be the expert, but it’s also true that the consumers really do want to see what’s going on.” So, with this realization, video otoscopy started grabbing far more market share in the audiology arena, and we’ve seen this continue to grow.

Ross: Audiologists have come to recognize that there are some very real clinical benefits to looking inside the ear, not only for cerumen or for inspecting the ear canal when fitting an earmold, but also for probe-tube placement in REM and the health aspects, such as possible changes to the tympanic membrane, etc.

When combined with the marketing of VO and REM availability in a practice, it makes for a strong competitive advantage. I think consumers are becoming increasingly aware of video otoscopy and REM from the advertisements and educational materials they read, which come from dispensing chains and offices, as well as the various hearing-related organizations. Video otoscopy and REM are clinical tools that do raise practice standards, influence patient satisfaction, and play a part in the competitive mix of quality dispensing and successful practice marketing.

HR: What else are you most proud of?

Buck: Certainly, we were the first to introduce a 100% USB-powered audiometer. There was a worldwide need for mobile testing, and weight requirements can become a real issue. We were tasked with developing a diagnostic audiometer that could be run solely off a computer USB port. As with our REMsp system, we’ve also created products that rely completely on the USB port for its power. This is definitely an area where we’ve led the pack.

I think it’s also fair to say we’re truly the leaders in implementing live speech mapping in hearing fitting equipment. Loudness and speech mapping is something that we built into our REM as a best-method for verification. It took a long time for everyone to accept this idea, but if you look at our competitors, they all tout REM and live speech mapping, or real speech, or visible speech—concepts that we drove hard 10 years ago.

HR: There seemed to be a reaction to live speech mapping in the audiology community of “Wow, that’s great,” to “But, wait a minute…” to “Well, I guess it is very useful.” Would you agree?

Ross: That’s pretty close. Ultimately, I think hearing aid manufacturers and some of the research audiologists discovered that a large proportion of first-fit algorithms were not hitting the target. In fact, in some cases, they were missing it by as much as 30 dB at some frequencies. One analogy might be that a first fit algorithm can usually get you to the right neighborhood, but it will rarely, if ever, get you to the right address. That’s where live speech mapping becomes so useful; it measures what the hearing aid is doing in the specific anatomy of the patient and actually tells the practitioner exactly how the hearing aid is operating inside that patient’s ear. And that’s huge. I think we’re now seeing a global movement to promote verification. 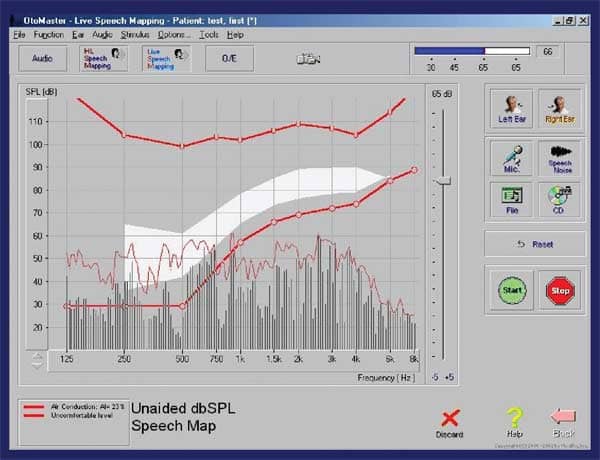 Buck: The objections to live speech have mostly been acknowledged and placed in perspective. People have recognized what we were trying to say: “The next time you run into a 65 dB calibrated signal in the middle of a conversation, then you will know exactly what you’ve got.” Obviously, that’s not how real people live their lives; we live our lives communicating, and the main function of a hearing aid is to improve communication via speech. So why not use speech as a stimulus?

We spend a lot of time being very precise in our audiogram measurements of a patient’s hearing loss. But, when it comes to fitting the hearing aid, our field has traditionally been nowhere near that precise. So, that’s what verification corrects through the use of REM and live speech; it’s the precise way to fit hearing aids.

And it builds consumer confidence substantially when you share the results while doing the programming. It demystifies the fitting process for the user: here’s what you hear, here’s what your hearing aid is doing, and this is as good as this particular fitting can get. Once the consumer understands this, they tend to be more accepting of the service and the technology that have been provided. But if they’re under the impression that the fitting is a hit-or-miss process each time they come into the office, a lot more time can be eroded along with the patient’s confidence in the service and professionalism of the clinician.

For more information on MedRx, visit their Web site at www.medrx-usa.com. 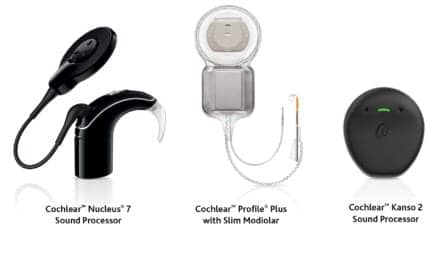 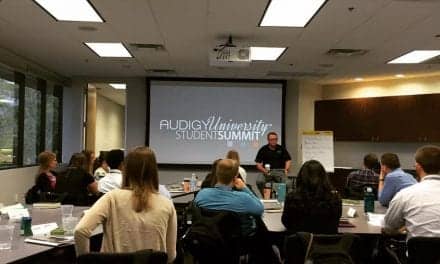