Student musicians who protect their hearing may still hear the beat of the drum after graduation, says a Purdue University audiologist.

"A number of famous musicians, old and young, are living with hearing loss," says Lata Krishnan, a clinical associate professor of audiology and a band parent. "One study found that three out of every four rock and jazz musicians have a hearing disorder, and it’s estimated that 15 percent of American teenagers have permanently lost some hearing. Temporary hearing loss can happen after a person has been exposed to loud music for as little as 15 minutes, and repeated exposure can lead to permanent hearing loss."

For music to cause damage, it does not have to be so loud that it hurts a person’s ears, Krishnan says. The power of musical instruments is often underestimated. For example, the piccolo generates sound that is equivalent to a jackhammer 30 feet away, she says.

Some common symptoms musicians experience after practice or a game include muffled hearing, a plugged feeling in the ears, ear discomfort, ringing or buzzing in the ears, difficulty hearing in a noisy room, hypersensitivity to sounds, or intolerance to loud sounds.

If a student experiences these symptoms, earplugs should be used during performances and practices, and the student should see an audiologist, Krishnan says.

Stuffing cotton wool or tissues in ears does not reduce sounds to safe levels, she says. Inexpensive foam earplugs work well to protect hearing, but can distort music, she says. High-fidelity earplugs and custom musicians’ earplugs are available through most audiologists.

"Unfortunately, teenagers are often not concerned about hearing damage because the effects of exposure may not show up right away," Krishnan says. "But clinicians are seeing more old ears on young bodies because of hearing damage.

"Parents should include earplugs in this year’s school supplies if their child participates in band." 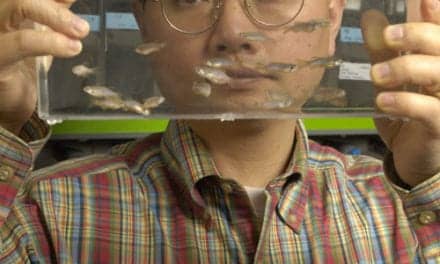